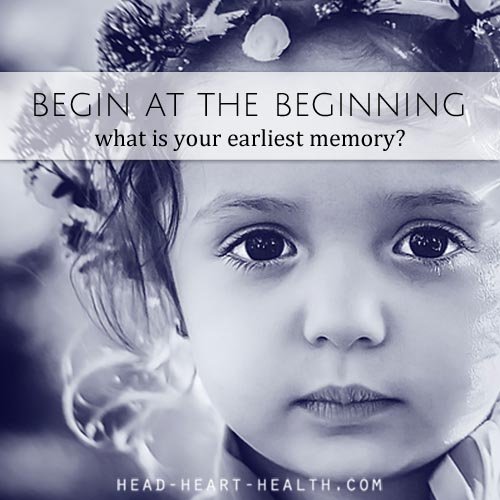 My earliest memory has been grafted on to my mind like a branch on to a tree. There is no way I could remember my first moments of life, nor the day, thirteen days later when I was adopted. And yet, the story of those events play in my mind like a black and white news reel before a feature film.

The primal wound, the psychologists call it. The deep fissure of abandonment, not felt consciously but deep down in my psyche. A mother who doesn’t bond with her baby, because she doesn’t want to or she is not allowed.

Barely sixteen years old, Julie probably never looked into my blue grey eyes or smelled the top of my head. The nurses would have taken me away and left her with an empty womb and aching breasts.

I sometimes think her wound cut deeper than mine. I wonder if she still thinks about me, still loves me in some hidden dark compartment of her heart. Her wound must be a tender place, stinging if touched too firmly, weeping for years and never healing over.

My birth mother, Julie, left me behind in a hospital overlooking the beach at Opunake, without a name or a family history. Even now, I don’t know who my birth father is. “Details not supplied” it says on my birth certificate.

Has being adopted affected my life? Do I notice my primal wound?

Perhaps before when I worried about being good enough to deserve love, when I settled for predictable rather than risky romance, when I stayed within the hard-drawn lines of normal.

But now it no longer matters. I have the angels of my birth family watching over me as well as those of my chosen family. I belong to more than a biological gene pool — I belong to the rich tapestry of the entire human family.

I am here, I exist, I live and breathe to be exactly the way I was made. Love abides no matter what I do or don’t do, I simply have to be the way I was created — loving, kind, and gloriously flawed.

My wound, if it existed at all, has healed, leaving a tiny scar that reminds me that the past is a story that can always be re-written by living magnificently right here and now.

What is your earliest memory?

6 thoughts on “Begin at the Beginning”