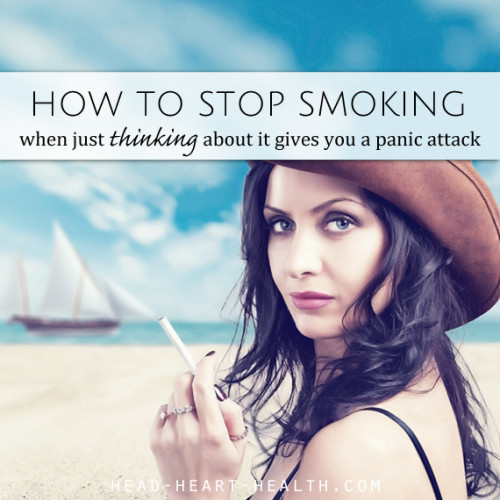 If you had told me last week that I would be smoke free today, I wouldn’t have believed you. I was one of those people who had a massive panic attack just thinking about not smoking any more.

I have tried giving up* before and failed miserably. I even used Champix and had a cigarette as soon as I went off the tablets. I have been smoking more or less continuously for 30 years.

Although I am by no means an expert, here is how I stopped smoking.

PHASE ONE – BRAIN WASH YOURSELF

★ Play mind games with yourself by blaming everything wrong with you, your friends and the world on smoking — read this GREAT article by Mark Manson…

★ Convince yourself that everything will get better once you stop smoking — you will no longer have bad skin/hot flushes/arthritis etc. etc. (even though you know it may not be true).

★ Remind yourself how filthy and disgusting smoking is every time you light up.

★ Only allow yourself to smoke outside in the cold, standing up, or somewhere else uncomfortable.

★ Add up how much it costs you a week.

★ See it as a physical addiction to the drug nicotine, like injecting heroin into your veins.

★ Keep some cigarettes handy (don’t throw them away). I don’t do deprivation well so I needed to know I could still choose to smoke. I had (and still have) an unopened packet of cigarettes in the cupboard. If that choice had been taken away, I would have gone out, bought a packet out of spite and smoked them (weird I know).

★ If cold turkey is too scary a prospect, start with nicotine replacement therapy. I used NRT for just over a day until I realised I was in this no man’s land of being in mild withdrawal all the time but without any end in sight. I took my patch off and went for it. I don’t think I could have done it if I hadn’t taken that first baby step.

★ Tell somebody you’re attempting to stop. Lean on their support and encouragement.

PHASE THREE – DO MAKE A BIG DEAL OUT OF QUITTING SMOKING

★ I actually stopped smoking around the anniversary of my ex-husband’s death. The only part of me that still lingered from my old life was my smoking habit, and it was time to let it go. You are no longer the person you were when you began to smoke so you don’t have to do it anymore.

★ Warn your friends and family to ignore any of your emotional outbursts including getting irritated over nothing and crying for no reason.

★ Millions of people with less intelligence /good-looks /money /talent /support /determination etc. have survived nicotine withdrawal so you can too.

★ Every withdrawal attempt is different. Just because last time you went through hell, this time might be piss easy.

★ Don’t expect to suffer from every symptom you’ve ever heard about. Some people can’t sleep, while others have the best sleep of their lives. Some people get constipated and others poop more than they ever have. Just notice each physical change as it turns up and remind yourself it will be gone as soon as the nicotine is out of your system.

★ Don’t resist the cravings, welcome and embrace them. Stop what you’re doing and feel where the sensation is in your body — your throat, your chest, your stomach? By the time you’ve tried to locate it, it is usually gone. I’ve been known to shout “Come on then, bring it on. Do your worst!”

[R]emember that quitting is mostly a mind game. It’s only as big of a deal or as difficult as you make it. The physical effects and withdrawal symptoms aren’t any worse than those of a common cold. The struggle is mental. And if you decide that the struggle is monumental, then it will feel monumental. Conversely, if you decide it’s just a temporary roadblock in your life that you must take a few weeks to overcome, then it will be.    {Mark Manson – How I Quit Smoking for Good}

★ Do something physical to make yourself breathe more deeply. I took up jumping rope every time I thought about smoking. Short bursts of activity filled my lungs with good, clean air.

★ Imagine nicotine as an ugly little monster in your head. Every time you get a craving, that is him begging for food. If you ignore him for 72 hours, he will shrivel up and die. Bye bye!

★ Nicotine isn’t a cure for anxiety or stress, nicotine creates anxiety and stress by putting you in a constant state of withdrawal. The relief you feel when you smoke is the end of withdrawal, not an infusion of calmness. Once you break the cycle, you will feel calmer than you ever have before all the time.

★ If you feel jittery, check your caffeine intake. Smokers have a high tolerance for caffeine which disappears when you go off the drug. Try cutting down to half your usual amount. My Diet Coke habit is now down to one can a day.

★ Listen to hypnosis or subliminal suggestions. Who knows if it works? It can’t hurt.

★ Drink lots of orange juice, or cranberry juice to flush the nicotine out faster.

★ If you think you’re going to crack, tell yourself you can have a cigarette in an hour if you still really want one. Chances are you will have forgotten about it.

★ Get an app for your phone that celebrates the days you are smoke-free, your health improvements and the money you’ve saved.  Mine is called Smoke Free. 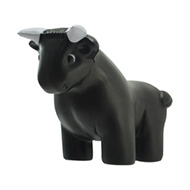 ★ Throw things at your partner. My boyfriend brought home a bull-shaped stress toy which I discovered I could throw as hard as I could at his head and it wouldn’t hurt. Don’t forget to shout, “Incoming,” before you launch your missile.

★ Read books explaining what is going on. Aside from Allen Carr’s Easy Way to Stop Smoking which everyone talks about, I also discovered this (free) book which I highly recommend – Never Take Another Puff by Joel Spitzer.

PHASE FIVE – THE REST OF YOUR LIFE

★ It takes two weeks for all traces of nicotine to leave your system. Anything physical, mental or emotional that happens in the first two weeks is not a preview of your future self.

★ Set your intention to stay smoke free one day at a time.

(a) If something horrible happens and you want to start smoking again, tell yourself you will wait until tomorrow. This will give you time to reflect properly on your decision before you throw away everything.

(b) You get to celebrate every night when you get into bed for a job well done. I put a sticker next to the date in my diary. If I was quitting for the rest of my life, I wouldn’t get to achieve that goal (and celebrate) until I was at death’s door.

★ A “slip up” means you will return to the same level of smoking you were at before you quit, or you have to start withdrawal all over again. There is no “just one” cigarette or even a puff.

★ You won’t spend your life in a constant state of wanting a cigarette, unless you believe you have “given up” something. You get to control your thoughts — make them good ones.

… and that is all I have got for now. When I have been smoke free for longer I will get back to you. In the meantime, tell me …

Have you quit smoking? What advice would you give your smoking self? 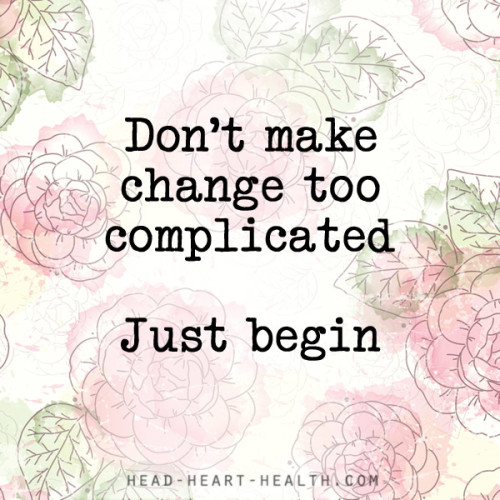 29 thoughts on “How to Stop Smoking”