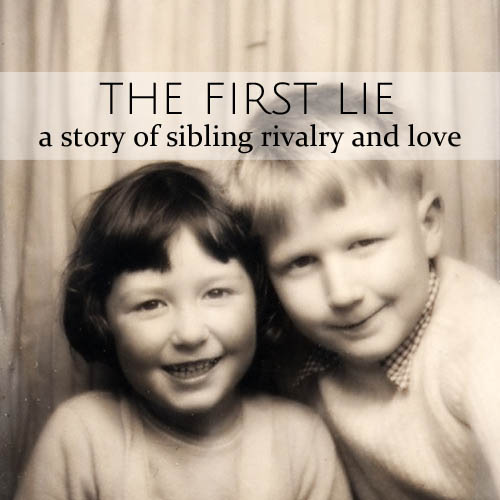 My brother, Steven’s bedroom was at the front of the house, on the second floor overlooking the street. He had brown striped wallpaper and a bedspread patterned with guns and cowboy hats. His favourite form of torture during my childhood was taking my doll, Jennifer and hanging her by the neck from his window.

‘Give it back,’ I said, when I discovered the doll missing and went into his room. He grinned and shook his head. Only one of his skinny arms was visible, the other dangling unseen out the window. His bedroom smelled of dirty socks and left-over sandwiches. Anger radiated out through my chest, making my neck hot and pink. I would have to get the doll back, brush the knots from her blonde hair, put her clothes and shoes back on and set her back on the shelf in my bedroom.

How ridiculous that Steven should think I believed Jennifer was anything more than a blob of plastic. His transgression was against the proper place for my things, not my emotional attachment to any of them.

On the day I got into trouble, I must have been about four and he around eight. It had nothing to do with Steven kidnapping my doll. I was in his bedroom and we were at the window, the glass pushed open, calling out to three boys on the footpath outside our house. One of them carried a vinyl bag with Pan Am written on the side. The white strap drew a diagonal across his short-sleeved shirt.

‘You’re an idiot,’ the boy called from the street.

‘Plonka Paul,’ sang another of the boys. This one was blonde and wore white socks with dark brown sandals. ‘Can’t even read,’ he shouted.

‘Shut up,’ said Steven, his voice high and trembling.

‘Retard,’ called the third boy. He pushed his heavy black glasses up his nose.

‘Shut up,’ yelled Steven. He looked down at me, his eyes watering around the edges. He shrugged.

I put my hand on the window sill and stood on my tiptoes. I gathered all the air in the room into my lungs. ‘Fuck off,’ I yelled.

Steven’s mouth dropped open and his eyes grew wide. Then he threw back his head and laughed.

The light in the room faded slightly as my mother stood in the doorway. She wore a floral cotton frock with a paisley apron over the top. Her hands were buried in a tartan tea-towel. My brother stopped laughing.

Steven looked down at his shoes. My heart lurched up towards my throat.

Tears prickled behind my eyes. My throat swelled. ‘Nothing,’ I said.

‘I won’t have bad language in this house, young lady’ she said. ‘I’ll wash your mouth out with soap and water.’

Steven moved across to the bed and sat with his back against the wall. His gaze alternated between my mother and me, as though he were watching a tennis match.

‘They were on the lawn. I told them to get off,’ I said. The lie settled quietly on my lips and relaxed the muscles in my neck.

She flipped the tea towel over her shoulder and crossed her arms. ‘Are you sure?’ she asked. She leaned forward. ‘Telling a lie is worse than swearing.’

She breathed deeply and then let out a soft sigh. ‘Alright then.’ She turned to leave and then turned back. ‘Don’t either of you shout out the window,’ she said, ‘it’s common.’

We waited until we heard her footsteps on the stairs.

Did you have a love/hate relationship with your siblings?
Can you remember your first lie?

6 thoughts on “The First Lie”