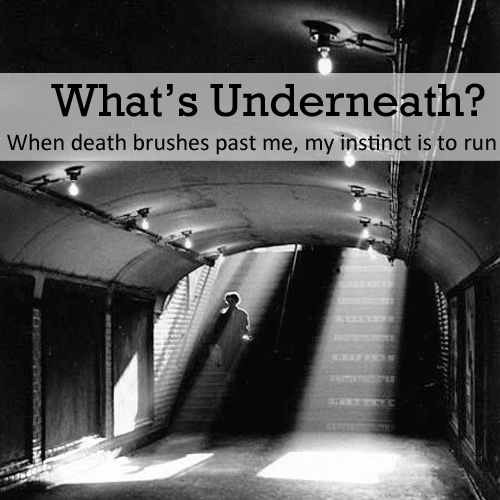 When I have a meltdown like I did yesterday, I’ve learned to take a step back and ask myself what else is going on in my life. You see, I always have a strong urge to diet when things upset me. The reason is, that when I’m starved and exhausted, I can’t process any other kind of pain. It’s a game of pick your poison, and I always pick the one that is familiar and controllable — the pain of restricting and beating myself up.

It all started with the movie Saving Mr Banks I watched on Sunday night. I reacted to it differently than other people might. The section where Walt Disney talks to the author of Mary Poppins, PL Travers about letting go of the past, had me sobbing.

“George Banks [based on the author’s father who died at an early age] and all he stands for will be saved. Maybe not in life, but in imagination. Because that’s what we storytellers do. We restore order with imagination. We instill hope again and again and again.”

I’m up to writing the part in Sophie’s story where I have to make a decision about what happens to her husband Michael. Will he be killed accidentally, will he kill himself, or will he run away to Paraguay with Elsa the blond hairdresser? How can I restore order with my imagination? Or should I even try…

And then the next morning I woke up to the news of Philip Seymour Hoffman’s death. Another man, in his 40s, who accidentally killed himself. The loss of a stranger shouldn’t bother me as much as it should, but these days, my heart is soft and easily bruised. Too many men die who might have been saved. Such news makes it difficult to breathe.

When the angel of Death brushes past me with her black wings, my instinct is to run. And where I run to is the safety of taking control of the only thing I can — my body.

But I know it’s pointless. I can’t control my body even more than I can control the path of the wind. In the end, hunger will drive me to bingeing, and over-exercising will destroy my joints, my digestion and my libido.

So instead of running, I stand and let the dark feathers touch my wet cheeks. I sit with the sadness of wasted lives, of brutal reality that can’t be made prettier by dancing penguins and magic umbrellas.

I cry because life is raw and random.

And I let it all go.

6 thoughts on “What’s underneath?”