→ Prompt: Write about loving someone of the same sex…

I‘ve never kissed a girl, touched another vulva or another breast. Even though I went to an all girls’ school in the third form, the opportunity never came up. We were only interested in the St Josephs’ boys who rode past the school gates on the way home.

I was dreaming of Donny Osmond and Leif Garret — not Leif Garret, his name came to mind because he was your typical teen idol, the one you were supposed to be in love with. Donny Osmond was the only one for me. He was clean-living, a Mormon, so my parents didn’t object too much. Of all the pop stars, in their eyes, he was the safest. I had a poster of him on my bedroom wall, pulled from the centrefold of a magazine, the name of which I’ve now forgotten.

He sang “… and she lived on the morning side of the mountain, and he lived on the twilight side of the hill …” with his sister Marie. We used to watched the Osmond Show. The only other brother I can remember is little, fat Jimmy. “Just because they call it puppy love …” Was that Donny or Jimmy? 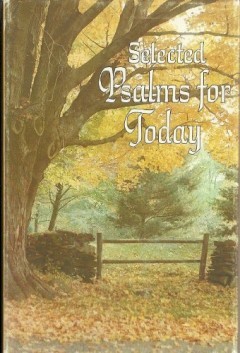 I was thirteen. I still have a book on the bookshelf called Selected Psalms for Today with a book-plate pasted inside the front cover which reads Kathryn Paul. First in Class F3-1 – 1978. The book, in its cream protective box, is the only thing I still own from my past. I wonder why I kept it?

In 1978, the year two Popes died and cult leader Jim Jones coerced 900 people to commit suicide, I used to come home from Sacred Heart College in the afternoon and do my homework in the spare room at the end of the hallway. The tiny unused room contained a single bed and roll-top desk made of beige timber. The square compartments and drawers were empty.

My favourite subject was Social Studies. I wrote essays in a hard covered exercise book about people from other countries and illustrated them with photos cut from travel brochures. I made the headings with Letraset, black letters rubbed from a plastic strip on to the page. The aesthetics were more important than the words. I sat on top of a small bar heater in winter and listened to the soundtrack from Grease.

Now I think of it, it seems Donny Osmond was earlier than that, in another house. I can’t actually remember the wall the poster was on. Only the poster itself.

Have you ever been in love with someone from the same sex?
Who was your teenage idol?