For unto whomsoever much is given, of him shall be much required. ~ Luke 12:48 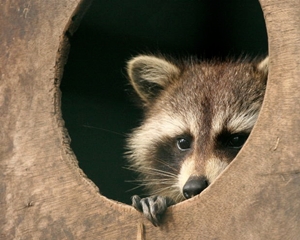 My mother used to quote this bible verse to me all the time. She believed my “gifts from God” should be utilised to their fullest potential. To this day, the idea of being held accountable for my talent still haunts me.

I have forsaken my musical ability. Although I have a high-end Yamaha electric piano, which causes anguish every time it has to be moved up and down stairs, I hardly ever play it. The last time I sat at the piano was to teach Duckfish “Advance Australia Fair” for his citizenship exam.

My other gift, and the one I treasure most, is my intelligence. I don’t think being smart is any more of an accomplishment than having blue eyes or large feet, it is simply part of the genetic lottery. I have a fierce mind that learns new things quickly and a sharp memory which retains everything I’ve learnt. Being bright means I’ve never had much trouble at school, at work, or at university.

Except when it comes to writing. Even though I’ve been studying, reading and writing full-time for two and a half years, putting words on the page is still the hardest thing I’ve ever done. It doesn’t come easily — every word I write feels as though I have to drag it kicking and screaming from the sludge inside my brain. It is work. Hard, hard work.

There is a part of me, perhaps the child in me, that wants to believe that writing isn’t one of my gifts and I should give up. It would seem that having had it easy my entire life, I’m not interested in something I find difficult. But what if it’s foolish and pointless to want something beyond my ability? I’m not deluded enough to think I can be a professional ballerina at my age. Some things are impossible after all …

Duckfish keeps reminding me that I get distinctions in a Master’s degree in Creative Writing so I’m not a shit writer. It seems that if I want this (and by fuck I want it) then I’m going have to suck up the pain of feeling clumsy and stupid.

After all, even I wasn’t playing Tchaikovsky after only two and a half years.

What is your gift? What is hard work for you? Do you think about giving up? What keeps you going?

One thought on “To whom much is given, much shall be required”