Even after seven years, my blog isn’t very popular. I could never be called an influential Australian blogger. I’ve never won an award. The Prime Minister hasn’t invited me for morning tea. 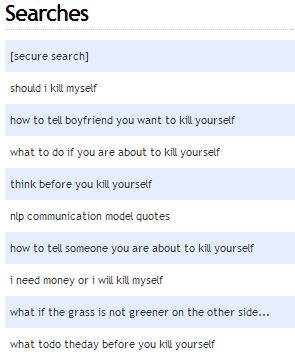 I have written one post responsible for almost all my daily traffic. Large numbers of people researching ways to kill themselves end up on my site. Knowing this depresses me. I’ve had so many people say they were still going to kill themselves after reading my post, that I’ve had to turn off the comments.

More people read my words when I was a starving, over-exercising, body obsessed wreck than they do now. I’ve had serious thoughts about closing down this blog for some time.

But I’m not going to. I’m going to take advantage of the fact that no one reads this blog to write whatever I like. I’m going to forget about inspirational, positive or meaningful posts. I’m going to write about the raw, unvarnished, details of my life even if they are boring, petty and mundane.

I’m sure I’m meant to be building a brand or an online persona in case I become a world-famous author. But my book is as raw as it gets, so this blog should be too.

It’s 45° today in Sydney so perhaps the heat is melting my brain. Tomorrow I might change my mind. That’s one of my things, you know — constantly changing my mind. Ask my mother, she’ll confirm it.

In closing, I’d like to thank this week’s commenters who have called me sickening, disgusting and inappropriate. You’ve made me realise that even sanitised, censored posts will upset some people.

All I can say is “You ain’t seen nothing yet.”