My question is … how do you know if a guy is ‘the one’? Do you think there really is just one you can love with both your heart and your head?

I am 40 and previously married. Happily Ever After didn’t really work out for me. I have a really great guy now…honest, responsible, hard-working … and all around nice guy. There is a lot to like, and I love him for being a great person. I feel any girl would be so lucky to have him … and yet … I am not sure if he is the guy for me.

I have been in love before and I know the heady swirly feeling … but that never lasts. I am too afraid to take that risk again … loving with my head and not my heart seems so much safer. I have stopped myself from falling madly in love with him and now I am not sure if it is possible. ~ Fiona

I’ve just watched the finale of the Bachelorette. If you’re in Australia and you don’t know what I’m talking about, it’s a reality TV show where one woman (in this case Emily, a single mum with a six-year-old daughter) dates twenty-five men, eliminating a few each week until she gets to the last two. One or both of those men usually proposes and she has to choose ‘the one’. 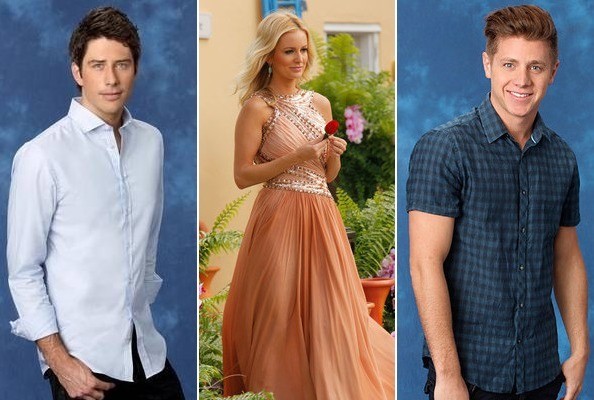 Emily had a choice between Arie and Jef. Based on their personalities displayed on the show (which is only an edited slice of who they are) Arie was the hot guy and Jef was the good guy. Emily struggled to choose which one would be best for her (and her child) as she professed to be in love with them both.

Her head told her Jef would be a better husband and could be relied on to provide ‘happily ever after’.  Her heart told her Arie was sexy, funny, thrilling, and much more of a risk.

In the end, she chose Jef. Although I can understand why, it isn’t what I’d do. Because, you see, that’s what I did when I got married. I stepped away from the passion, the uncertainty and the risk and settled for the good guy I thought I could rely on.

After sixteen years with that great guy, the novelty wears off. There’s an ache in your soul for deep emotional connection which expresses itself in a satisfying and hot physical relationship.

Heady emotional love based in physical attraction may not last, but neither does reliable, steady, ‘good guy’ love. The first often ends ups exploding like fireworks and burning out, and the second dies a slow horrible death until all that remains is boredom.

Looking for love that lasts forever sets you up for failure. Happily ever after is a fairy tale that seldom comes true — we just all go around pretending it does because we don’t want to look like we’ve failed at our relationships.

Great relationships that last are based on an initial attraction that often appears neither sensible nor sustainable. When a man I know left his wife for an intern ten years younger than him, everyone said he was making a mistake. They are still together and can’t keep their hands off each other twenty-three years later.

The kind of love I believe brings the most happiness is the kind that takes your breath away. It might last for a night, a week, a month, years or even decades but that’s of no consequence. True heartfelt connection transforms who  you are in a way that nothing else can.

If you feel alive, desired, beautiful, sexy, appreciated and excited with the man you’re with right now then he’s the ‘one’. If you’re wondering if there’s more, if you’re aching to go deeper, or you’re so numb you no longer feel anything, you’re with the wrong man. He might be handsome, charming, hard-working and kind, you might be staying for the kids/society’s approval/because you married him; but one day you’ll be bored. Perhaps one day, you’ll even be tempted to stray.

If you get to make a choice — walk away from Jef and choose Arie. You’ll have a richer, fuller and more meaningful life if your love goes supernova rather than slowly turning to dust.

8 thoughts on “The Good Guy or the Hot Guy?”