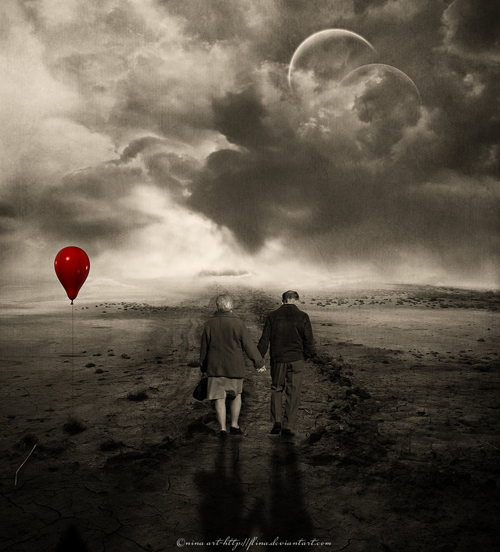 It’s 7.00am on Friday morning and it’s too early to be out of bed. In the past, I would have finished an hour in the gym by now, but these days I’d rather stay in bed and enjoy waking up with my boyfriend.

I’m up early because Duckfish has a 7.30am appointment for minor surgery. For the past couple of weeks he’s had blocked ears and can’t hear so they’re putting him under to drain his ears and insert grommets. It’s called a Myringotomy.

I’m worried beyond what is rational. I’m frightened he’s going to die under the anaesthesia.

Before my husband died, I spent my life ignoring the fact that people die. Somehow, death was always a long way off, scheduled for years in the future when, at the end of a full life, it would be almost a relief. I imagined by the time death started intruding in my life, I would be ready for it.

I wasn’t ready for death to smash into my life leaving a path of pain and destruction in its wake as early as 2010. Now I worry that anyone I know could die at any time. And the person I worry about most is Duckfish.

Sometimes I lie in bed at night and listen to him breathe in his sleep. When I can hear his in-breath and his out-breath, I know he’s still alive. If I wake in the middle of the night and all is quiet, I lean over and put my hand on his chest to make sure his heart is still beating.

Anxiety is an ugly companion. It robs you of joy in the present moment because you spend all your energy worrying about the future instead of being present. I try all the exercises but nothing seems to help. Instead, I drink my tea and wish it was sometime later today when Duckfish is back home and death is avoided for another day.

It’s the downside of love. When you love someone you want them to stay safe, you want them in your life for a long time, and you don’t want to imagine a world without them in it.

So for now I’ll just wait, praying to Buddha, the Universe and the baby Jesus to keep my beloved unharmed for one more day.

Later  … he’s home in one piece and everything went well. I’m so grateful.

8 thoughts on “an irrational fear of death”