Duckfish suggested that we take a kayak out and paddle around South and Mid Molle Island today. Early this morning we hired a little yellow sea kayak from Salty Dog at Shute Harbour.

We sort of had a vague idea that it was a couple of kilometers from Shute Harbour to South Molle Island but when the lady said it was actually four kilometres we didn’t really think much of it. Clutching the laminated map in our hands we headed out across the channel leaving the boats in the harbour, the houses perched on the side of the hill and arrived on the island beach an hour later. 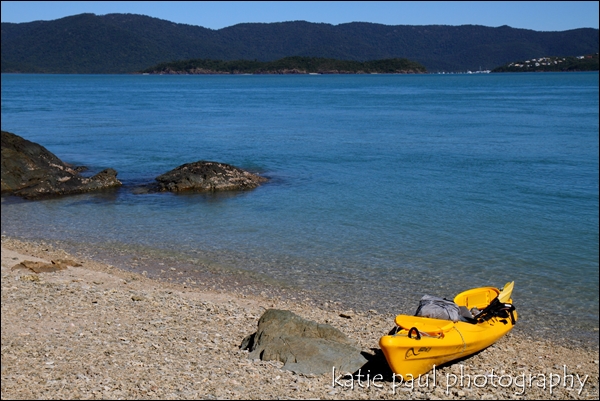 Then we paddled right around the island, stopping occasionally for a drink, a snack and a wee in the bushes. 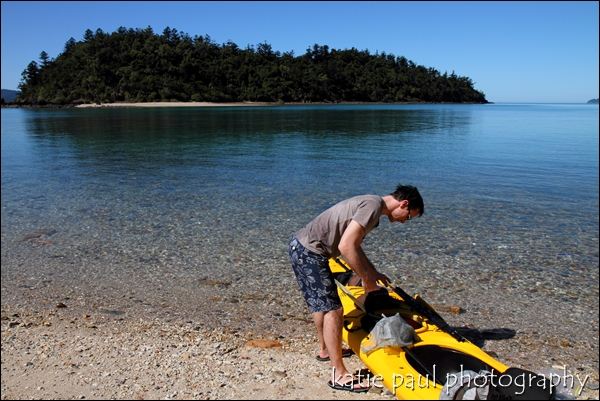 It was a long day. We left at 9am and got back around 3.30pm. We spent most of the day in the kayak.

When we got home tonight I used “Map My Run” to plot the distance we travelled. The end result was quite a surprise. 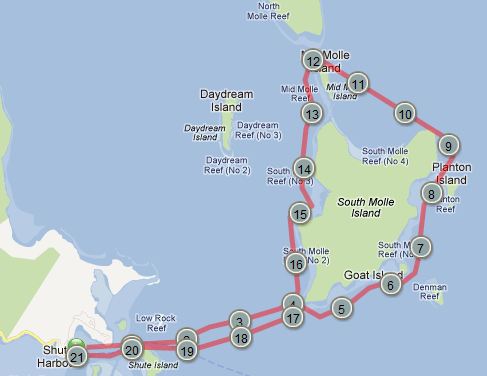 We had paddled 21 kilometres!

Now if you had asked me to go out and paddle 21 km in a kayak on the sea, I would have told you to fuck off. I’m not fit, I don’t workout in the gym and the only other time I’ve been on a kayak was on a river with a guide. 21 km is beyond what my mind thinks I am capable of.

But my mind didn’t know how far it was. My body was pushed to the limit, but the one thing training has taught me is that muscle pain isn’t anything to be frightened of. I hurt like fuck, especially the last five kilometres, but giving up was never an option.

I am totally shagged tonight but very proud of our efforts. We had a great big adventure, and we achieved what we set out to do. What I didn’t know couldn’t hurt me.

What do you think is impossible? Maybe it is within your capabilities after all. The kayaking Whitsunday adventure has taught me that our bodies can do far more than we think they can. Don’t think about what might prevent you from getting what you want, just give it your best shot and see what happens.