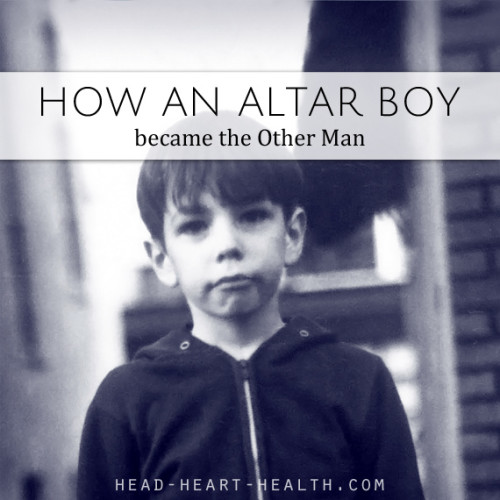 As someone who has both outgrown religion, and who has been swept up in an affair, I am fascinated when I hear of a similar experience. Austin’s story is particularly interesting to me because he tells it from a male point of view.

If you have ever wondered what goes on inside the mind of the opposite sex, here’s a small glimpse.

How an Altar Boy Became the Other Man
by Austin Hodgens

I wasn’t a religious fanatic, but I was raised by one, and she turned over my education to nuns and the Jesuits.  I was dragged to church on every Sunday and Holy Day of Obligation, served as an altar boy, and even did the readings at Sunday mass.

I believed marriage was a sacred agreement between a couple to love each other, remain faithful, and stay together until death finally caused their parting.  Since marriage was a sacrament, and wedding vows were taken before God, in front of loved ones, I faithfully expected those promises would be honored forever.

Catholic Guilt kept me in line to the point that I never had a one night stand, and only slept with the woman I loved and intended to marry.  Even then, I felt guilty after sex because we weren’t married, and that was one of the big sins.

When I found out my wife was cheating on me with a married man, marriage got knocked the hell off its pedestal.  It landed in the same junk heap as everything else in life that had been hyped as something incredible, but had turned out to be a major disappointment.

My wife didn’t just ask for a divorce.  She used sex as a weapon to hurt me, crush my spirit, break my heart, and shake my faith in both love and marriage.  She allowed another man to do things only her husband was supposed to do, and then made sure I found out about it.

Sex, which had always baffled and maybe even intimidated me before my divorce, now loomed over me like this schoolyard bully that knew it had some strange power over me, and got off on showing its friends how it could send me cowering into the night.

I fell into a funk and was absolutely convinced I’d never be loved or have sex again, because I was dead certain my partner was going to cheat on me and make me feel like a fool. The only way to protect myself from being hurt again was to never give anyone access to my heart or my bed.

As much as I had given up on marriage and love, down deep, I was still that Catholic School Altar Boy, who believed sex and love went hand in hand. 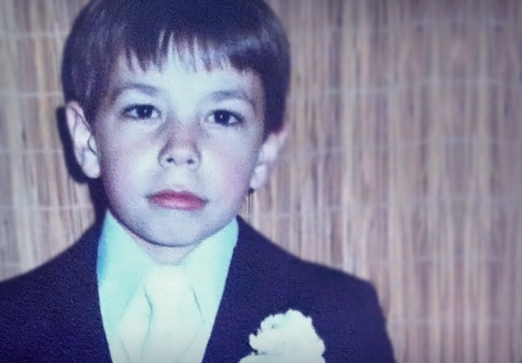 While my friends were encouraging me to get back out there and “just get laid” to forget about my cheating wife, the Hopeless Romantic in me knew I’d never be able to just sleep with someone if it wasn’t in the name of love.

I went on way too many first dates, but there never seemed to be a second date.  Some of those women made it clear they wanted to sleep with me upon that first meeting, but there was no way in hell that was going to happen. I wasn’t that kind of guy.  I wanted love, romance, and a girlfriend.  Not a one night stand.

I was broken, but had no idea how to fix me.  Being single was not my thing, and I needed to get myself back to being part of a couple immediately. Ironically, it was yet another rejection that led to the solution.

I asked out a new coworker, who politely explained that her boyfriend wouldn’t like it much if she accepted my offer. That was typical.  Anyone I liked was taken.  Getting turned down yet again only cemented the idea that I would die alone.  I was destined to be a post-divorce virgin.

Somehow, that coworker ended up coming over to my house to hangout.  I don’t remember the details other than she was the one who suggested it.  And “hanging out” turned into the most amazing sex I’d ever had.

Mind you, I’d only ever slept with one woman to this point, so that wasn’t saying much, but all of a sudden, every thought I’d ever had on sex was out the window.  I had no idea sex didn’t have to be cold, mechanical, boring, and end in a matter of minutes.

My new sex partner would show up at all hours, begging me to take her up to the bedroom.  The ensuing sex would have the urgency of an act that was mind altering, life changing, and a forbidden fruit well worth the risk of eating.

When we first got together and my heart had finally stopped racing and my head had cleared long enough for me to form complete thoughts again, I wondered if I was making a mistake by sleeping with someone who lived with her boyfriend.

The Catholic Guilt tried to kick in again, and then I looked over at the gorgeous, naked, oh so eager woman in the bed next to me, and told that guilt to fuck off!

I wasn’t doing anything wrong.  I wasn’t cheating on anyone.  I was single and could sleep with whoever I wanted.

I told myself I deserved this.  Some other man had destroyed my marriage and turned my life completely upside down.  It was time for me to stop being the pathetic victim, and to start being the other man with no conscience.

If my partner wanted to cheat, that was her burden to bear.  I just wanted to keep sleeping with her, and allow her to take out her sexual frustrations on me.

She confessed that she did things with me she’d never done with her longtime boyfriend, and it was like we were both having a sexual awakening.  Except mine was devoid of guilt.

You can judge me all you want, but I was happy, confident, and having amazing sex without needing to worry about all the bullshit that went along with a relationship.  You don’t do much fighting when your time together is limited, and you want to spend it all in bed.

Yes, after about a year she finally ended it and went back to the clueless boyfriend, who had absolutely no idea she’d been cheating on him for a year.  She married him, in fact.

Being the other man, the one who could enjoy sex without guilt, and who could care less about the poor guy waiting for his wayward girlfriend to come home, didn’t make the scars of my divorce vanish, but it did open my eyes to the fact that archaic rules and ways of thinking had no place in the bedroom.

That relationship was exactly what I needed to clear my sexual pallet and free my mind from the brainwashing I’d received about sex and the place it holds in my life.

I have vowed to never again sleep with someone who isn’t single, but I do not regret what I did.  I needed to be the other man to finally vanquish that ghost from my marriage, and to move on to a happy and healthy relationship.

The Altar Boy and The Other Man will always be a part of me, but as I suspected, The Hopeless Romantic finally won out for control of my heart.

There’s something about knowing The Other Man is in there, though, that gives me confidence and has kept things spicy in my current relationship.

As for my views on marriage, the institution will forever be tarnished, and the pedestal on which it once stood now supports my television, but both my mind and heart are open to the idea of my getting married again.

We all deserve a second chance, and that includes marriage as well for The Other Man. 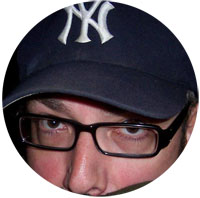 Austin Hodgens is a screenwriter, blogger, and writer for a late night talk show. He lives in Maine, and spends all his non-writing time shoveling snow.

23 thoughts on “How an Altar Boy Became the Other Man”