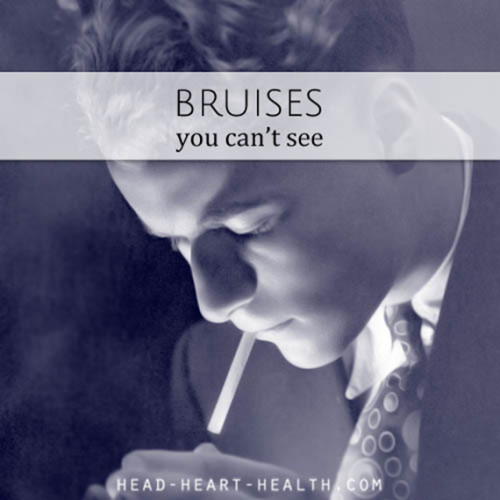 My momma told me that if my husband ever hit me, I should pack my bags, leave and never look back. I believed her — I was certain I would never let anyone physically hurt me.

You’re ugly, selfish, ignorant and stupid. You’re lucky I married you because no one else would put up with you. You’re difficult to love.

There was nothing I could do right — the food I cooked was tasteless, the bathroom floor was covered in my hair, and my clothes took up too much space in the wardrobe. When he was tired of reminding me of how I should behave, he lapsed into silence.

When I tried to apologise, to change the subject, to fix what I had broken, he brushed me away with a sweep of his hand, his eyes never leaving the computer screen or the television. He took to wearing his iPod most of the time, shaking his head when I approached. The air grew thick and sluggish, like stagnant water in the bottom of a pond.

Later, strange things started to happen. My shoes weren’t near the front door but in another room, the bracelet he bought me for my birthday went missing, the bottle of rum he professed he would never drink was almost empty.

When I asked about these mysteries he looked at me as though I had lost my mind. “You need psychiatric help,” he sneered.

I tried to tell him once about my eating disorder. Half way through the first sentence he rolled his eyes and laughed. “Stop being a drama queen,” he said. “You’re pathetic.”

It took me weeks to muster up the courage to tell him I thought our marriage needed help. The words caught in my throat before emerging choked and jagged. “Could we go to counselling?” I asked. The answer was no.

I forgot who I was, I forgot I had choices, I forgot I was strong and smart and beautiful. He held his hands over my eyes so I could no longer see the truth.

My momma told me that if my husband hit me, I should pack my bags, leave and never look back.

But she didn’t tell me about the bruises you can’t see.

October is domestic violence prevention month.
Click here if you or someone you know needs help.

44 thoughts on “Bruises You Can’t See”