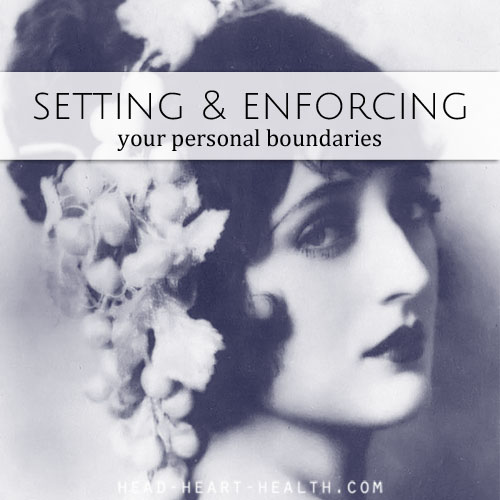 Personal boundaries are filters that protect us from behaviours we find unacceptable.

A personal boundary is a rule YOU say cannot be broken without consequence. Healthy people have all sorts of personal boundaries (rules) that help insulate them from others’ negative words and actions.

We cannot control someone’s thoughts and opinions but we can limit the amount of exposure we have to the actions of people who trigger feelings of discomfort, hurt, annoyance or disrespect in us.

Behaviours that might be unacceptable can include a tone of voice, negativity, criticism, derogatory language or inappropriate touch.

Boundaries are first established and then communicated. Through self-awareness we notice what we feel when we need more personal space, more power or more energy. Feelings of anger, frustration, resentfulness or feeling violated are indicators that our boundaries have been crossed.

Having personal boundaries is not a way to control other people’s behaviour. How that person reacts to your request for them to modify their behaviour around you is out of your control. Most of the time boundaries are negotiated rather than a rigid line in the sand.

Why do boundaries matter?

I believe self-love comes when you open yourself up to those around you. But this attitude of giving without expecting anything in return can leave you in danger of being taken advantage of or being deeply wounded. In an ideal world of unconditional love nothing other people say or do should affect you but in reality there are some things that have the potential to be upsetting.

Being clear on where your boundaries lie and speaking up when they are crossed helps you value yourself and demonstrates your willingness to defend what you believe to be right and just.

You should protect your own personal beliefs, values and convictions when others try to manipulate, bully or coerce you into anything you don’t want to do or believe you should be doing.

Boundaries are a choice

I’ve written things others don’t agree with. More than once another blogger has taken my words and posted them on their blog, and sentence by sentence refuted my perspective on an issue. When this happens, I feel disrespected, hurt and angry — an indication that someone has behaved in a way that has crossed my boundaries.

What happens next is up to me. I have the choice of (a) communicating my boundaries to the blogger or (b) letting it go. Holding on to the hurt and disrespect serves no one. I either have to address the issue (take action) or release the emotion and move on. Doing nothing is not an option.

Let’s use an example of an imagined blogger named Sally and walk through the process of establishing and communicating our personal boundaries. 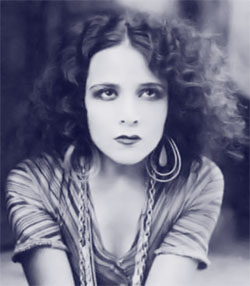 When you experience negative emotions, pause for a moment and ask what just happened? Try to look at the situation as objectively as possible without a personal attack.

“I’m angry at Sally because she thinks she’s better than everyone else and is jealous of me,” is NOT a loving response.

“I’m angry with Sally because she’s taken my ideas and by criticising them has called into question my personal integrity,” is more objective and loving.

What is my relationship to this person?

In this example, Sally is only an acquaintance and not family, a friend or a lover. There is a difference between an acquaintance behaving like this and if (god forbid) my boyfriend behaved in the same way.

Do I have the energy, passion and strength to fight for this?

Do I have the energy, passion and strength to fight for this even though it may make no difference to how she behaves in the future?

In this example the answer is probably no. When I appraise the situation, I realise expressing my concerns would only make things worse or not change anything at all.

Enforcing boundaries takes energy and courage and sometimes it’s not worth the emotional investment.

There are other ways to filter out the negative effect people have on you. I could have filtered out Sally’s effect on me by no longer reading her blog. (This is a kind of easy shortcut to the end of the process.)

But let’s assume though, I decide to discuss things with her.

Here is the boundaries conversation template

I want … Z (you to behave differently)

As I know I can’t control your behaviour I will … ZZ (take this action) to protect myself if you behave in this way in the future.

**don’t say “you make me feel…” because you are owning your own feelings. Also, you don’t need to explain why. Your feelings might be out of proportion to the situation because you have baggage and issues. It doesn’t invalidate the way you feel. Why you feel a certain way is not the subject of this conversation.

Here is how I would say it to Sally~

Sally, when you take my words and publicly discredit them on your blog I feel disrespected and hurt. In future if you disagree with my opinion, I’d appreciate it if you would talk to me privately about it rather than criticise me in a public space.

As I know I can’t control your behaviour, I will stop reading your blog and break all contact with you to protect myself if you single me out publicly as someone with untrustworthy opinions in the future.

What the person will say in response

When you make such a bold and confronting statement to someone they will react in one of three ways.

(a) [co-operation] I’m so sorry. I didn’t realise what I did upset you so much. I won’t do it again.

The co-operation response is the one you hope for. Sadly, it happens less than you’d like.

(b) [rejection] That’s a complete over-reaction. You’re being way too sensitive. You really need to grow a thicker skin.

Rejection is the most common response — when the boundary crosser defends his/her position by putting the blame on you. The best response is “Be that as it may, you’re probably right but I still feel upset when you behave in that way. Please stop doing it around me.”

(c) [negotiation] This is who I am and I can’t stop doing what bugs you completely. How about I do it less, or let you know in advance when it’s going to happen so you can be prepared.

Negotiation is the next most common response. Some people have a completely different set of values to you, or aren’t willing to let go of something they enjoy doing. In another (more frivolous) example let’s take my boyfriend folding the towels in a certain way.

My boyfriend tells me he likes perfect towels so he will fold the towels in future when I’m not around so it doesn’t piss me off. We negotiate a compromise which works for both of us.

When you reach a solution together make sure you follow-up with acknowledging their effort. “Thank you for folding the towels when I’m not around ~ I really appreciate your consideration of my feelings about this.”

Begin as a Warrior

It is much easier to set and communicate personal boundaries with people who aren’t your family, friends or lovers. There isn’t as much emotional investment in relationships with strangers, acquaintances and colleagues so you will feel more confident entering a conversation that might make the other person react defensively.

Start out with little things … the guy who’s always telling sexist jokes, the woman who keeps trying to give you sweets at work, or the online friend who criticises people in her Facebook updates. Once you have “the conversation” a couple of times you will grow in confidence and be ready to enforce your boundaries with those closer to you.

There is no wrong way to do it

Ultimately, the benefit of communicating your boundaries to those around you is the fact that you are addressing your issues rather than suffering in silence. If you burst into tears, say the wrong words, end up apologising profusely even though it’s not your fault or call someone a dickhead, it doesn’t matter as much as you think.

The very act of saying what you think and speaking your truth is what transforms you and your relationships.

If you would like, in the comments below, write what you would say in a real or imaginary situation where your boundaries have been crossed. Use the template and fill in the blanks.

I want … Z (you to behave differently)

As I know I can’t control your behaviour I will … ZZ (take this action) to protect myself if you behave in this way in the future.

Try using this script in real life and let me know how it goes.

3 thoughts on “Setting and Enforcing your Personal Boundaries”