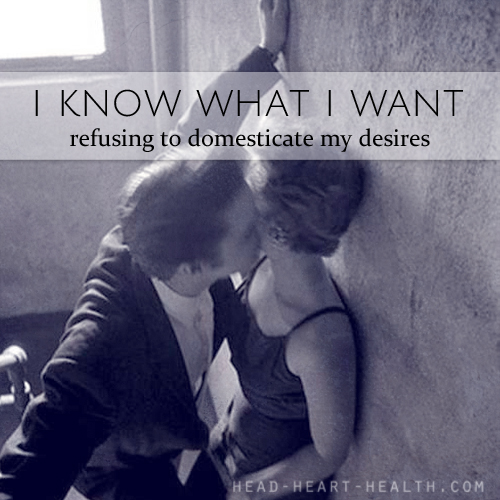 I’ve been blaming my changing tastes in the bedroom on my midlife hormones, but to be honest, I’ve been this way for a long time.

You see, I’m one of those women who like to be sexually ravished. Actually, ravished is too mild a word, I like to be fucked.

I’m almost certain I’m not alone, but as I can’t speak for all women, I’ll speak for myself. I’m not interested in sweet tender lovemaking surrounded by scented candles — I would rather be pushed up against the kitchen bench and have my knickers ripped off. I want to be taken, possessed and overpowered.

I believe in sexual polarity, the oppositional forces of feminine and masculine energies. In my sexual life, I don’t want to be the boss, be in control or be in charge. I want to inhabit the moment rather than direct it. I want to feel rather than think.

Fortunately for me, I have a boyfriend who I can talk to about anything, and who doesn’t mind how we have sex, as long as we have it. I haven’t been missing out on the type of sex I like, but I have been apologising for it.

Lately, I’ve been saying, “I’m sorry I’m not more romantic and loving.” He waves away my protestations with a somewhat satisfied post-coital smile.

After reading this post recently about sexual aggression, I’ve decided to stop apologising for my preferences and imagining that I’m some kind of sexual deviant. I’m no longer ashamed of my desires because they aren’t as unusual as I’ve been led to believe.

Our basic animal urges, those ones we’ve been taught to suppress and ignore by religion, are what keep the fires of love and lust burning. When we try to domesticate our desires, we turn wolves into lap-dogs — which might be fine for some people, but it’s not fine for me.

I like a bit of the (fully consensual) ‘rough’ stuff and I will not longer make any excuses for it. I may not know what every woman wants in bed, but I know what I want. 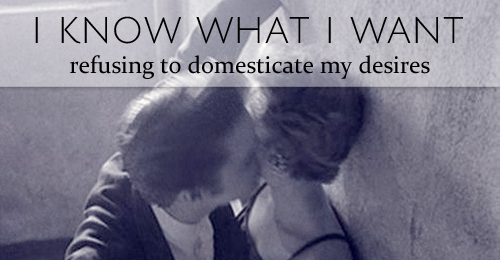