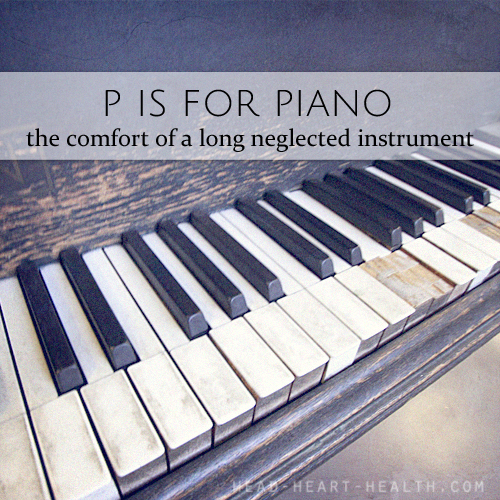 My childhood pastime of choice was ballet. I started lessons with Miss McAlpine at a studio above a Chinese Restaurant in New Plymouth when I was four years old.

I always dreamed of being a ballerina, but my genetics had other ideas. When puberty arrived with wide hips and swelling breasts, it was obvious to everyone I would never be a professional dancer. Perhaps to make up for this cruel blow, my mother and father purchased an upright Yamaha piano and organised piano lessons for me.

I hated getting up on cold New Zealand mornings and going to the lounge to practice. The room was at the opposite end of the house to the kitchen and dining room where everyone else was having breakfast, and I wasn’t allowed to turn on the heater.

I wasn’t particularly gifted at interpreting the black notes and complicated time signatures on my piano pieces, but I did have a good ear. I could imitate anything I heard on the radio, and most importantly, anything I heard at church.

By the time I was fourteen I was playing the piano for church services. I manipulated a congregation of hundreds of people into ecstatic worship through the chords I played during ‘praise and worship.’ I could still do it for you now.

The first inkling I had that something wasn’t right with my faith, was while I was sitting in front of the piano. As a reverent hush settled over the room at the end of a lengthy session of worship, I had an almost irresistible urge to slam my hands down on the keys of the piano to shatter to silence. For many, many months, I had to fight this impulse.

One of my mother’s best friends was dying of bowel cancer. Her stomach was so distended she looked as though she were pregnant. My mother told me that her friend wanted to listen to her favourite hymns before she died. I remember sitting at the piano at my parent’s house and recording songs on to a 30 minute cassette. When my mother’s friend died, I played at her funeral.

I didn’t play at my brother’s wedding because he was married in a Brethren church in another city. The second time he got married was in Fiji, and none of us were there.

When I was kicked out of the church, I stopped playing completely.

I still have an instrument although I don’t play it very often. It’s a Yamaha electric piano with weighted keys and sustain pedals. I can still bash out ‘How Great Thou Art’ and ‘Amazing Grace’. I last played it to teach my boyfriend ‘Advance Australia Fair’ so he could sing it at his citizenship ceremony.

Sometimes my mother makes an offhand remark about how I’m wasting my gift. Maybe I am. But it is interesting to note that even though I threw away almost everything from my old life, I kept the piano.

Just knowing it is there is comforting.

Perhaps one day, I’ll find a good reason to play it again.

Do you have a talent that you neglect?
What instrument did you learn as a child?

25 thoughts on “P is for Piano • #atozchallenge”