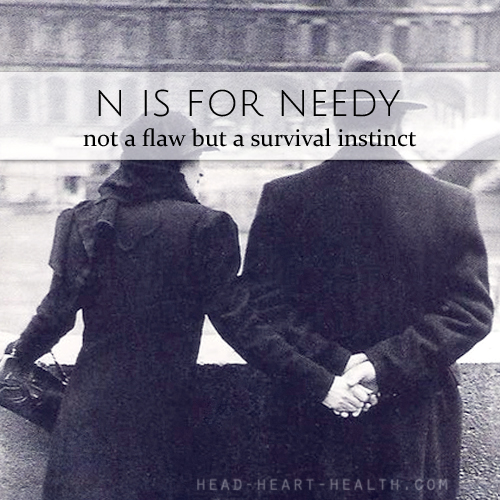 It was my husband’s day off and he seemed in a pleasant mood. Mid-morning — late enough for him to be awake and early enough for him not to have started drinking — he was in the kitchen tidying up from the night before. Years of beer and takeaway had made him heavy and slow. The weight had settled on his belly; his once handsome face now bloated, his neck grown thick. I was near enough to smell the stale sweat on his body. I took a depth breath.

‘Can I talk to you about something?’ I asked, leaning against the bench. I had replayed the conversation in my head thousands of times trying to work out what I was going to say and his possible responses. I knew, however I phrased it, once I’d spoken the words I could never take them back.

‘I’m not happy,’ I said, my voice breaking. I cleared my throat. ‘We hardly speak, we don’t do anything together and we barely touch each other.’ I still sounded as if I had a heavy cold. I cleared my throat again but nothing helped. ‘I’m lonely — I want to go out to dinner with you, go for walks together, talk about things. It feels like we’re two strangers living in the same house.’

‘I don’t get it,’ he said, wiping his hands on a tea towel. ‘I thought you liked your independence.’ He turned to face me and frowned. ‘When did you become so needy?’

That day, my husband used the word needy as an insult. He was suggesting that my desire for greater intimacy signaled some kind of character flaw. And in that moment I agreed with him. I didn’t want to transform into a clingy, co-dependent, smothering wife. I wanted to maintain my independence, but at the same time, I also wanted a loving, nurturing relationship.

At the intersection of independence and co-dependence lies another path. It is called interdependence. It is the path I was trying to describe during that conversation in the kitchen.

Interdependence is a dynamic of being mutually and physically responsible to, and sharing a common set of principles with many others.

In an interdependent relationship, all participants are emotionally, economically, ecologically and/or morally self-reliant while at the same time responsible to each other ~ Wikipedia

Interdependence is what I craved during those long dark days of my marriage. I wanted someone to see me, to hear me, to acknowledge my struggles and to offer a helping hand. I realise now my husband could never have been that person as his whole existence was taken up with fighting demons larger than mine.

That day in the kitchen, I was needy. I am needy — but needy isn’t a flaw, it’s a survival instinct.

I need love, and respect, and connection. I need to feel comfort, and safety and support. I need to know that even in my darkest hours I’m not alone.

And I’m not alone anymore — I now have a loving boyfriend who celebrates and supports all of my strengths and weaknesses.

And I have you, my dear readers. You offer me such warmth and comfort and I thank you for that. You ooze with unconditional love as you battle your way over your own obstacles. You reach out even when your hands are bleeding from the fight.

We’re all needy, because we all need each other.

And I’m more than happy to be a part of that. 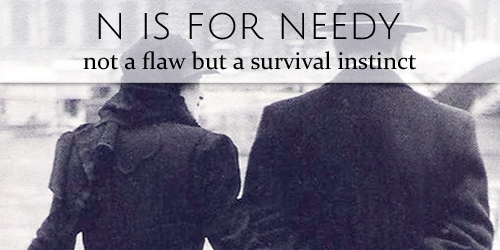 31 thoughts on “N is for Needy • #atozchallenge”