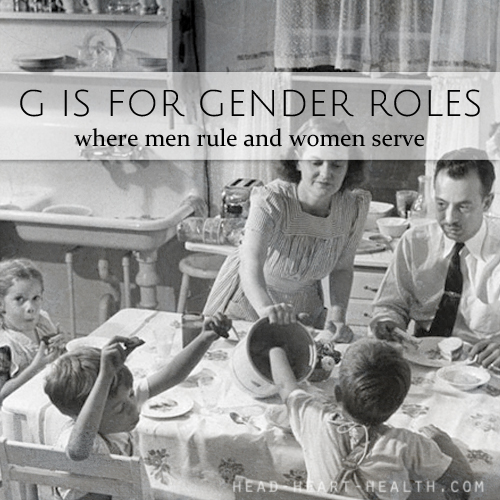 As soon as the taxi dropped me at home, I telephoned my mother to let her know I was safe and sound.

“How long were you away this time?” she asked.

“Nine weeks,” I said. “We had rehearsals in Tokyo and then performed at the Singapore Arts Festival.”

There was a long silence on the other end of the phone. When she next spoke, her voice was low and earnest. “Please be careful,” she said. “You can’t spend that much time away and not expect it to damage your marriage.”

My mother was born at the start of the 1940s and married when she was only nineteen years old. Although she was intelligent and deeply interested in current affairs, she managed to remain unmoved and unchanged by the feminist movement of the 1970s. She would no more burn her bra than she would go to church without gloves and a hat. .

Growing up, my mother was responsible for cooking all the meals, for washing and ironing everyone’s clothes and for making sure the house was clean and tidy. Even though my brother spent his Saturdays at sport or messing around in the garage, I wasn’t allowed to leave the house until I’d cleaned the bathrooms and vacuumed the floor. She taught me how to make banana cake and coconut slice — food that would be wrapped in greaseproof paper and deposited in our school lunch boxes.

While my brother was having sex with his girlfriend in the back seat of his red Mini, my mother explained how she had been a virgin on her wedding night, and why I should too.

Her greatest conviction was that her husband was the head of the household and that his decisions were law.

My mother believed and continues to believe she has to obey her husband, because her religion tells her so.

Fortunately for my mother, my father is a kind, loving and compliant soul, who has never found it necessary to disagree with my mother about anything. Their peaceful marriage has lasted more than fifty-fives years.

But I worry about other Christian women who aren’t so lucky. Those who want different things than their husband and who find they no longer have a say. These women are constrained by the teaching of the church that tells them that the way they interact with their husbands is a direct reflection of their relationship with God. Suddenly, it’s not just a disagreement over a trivial household problem, it’s a sign of a sinful heart and a rebellious nature.

What worries me is that in a world where most of us believe in gender equality, there are many Christian leaders who idealise and promote the exact opposite. And there are many women like me, who have experienced the disapproval of our mothers when we refuse to put our husbands first.

In the end, my mother was right about my marriage falling apart, but it had little to do with how much time I spent away from home. And now I am no longer a wife, she has stopped commenting on the way I choose to live my life.

My boyfriend cooks more than I do. I make the bed and clean the toilet. He vacuums. We split the bills 50/50 and I take care of myself financially. I do what I want, and so does he. I love him more than I’ve ever loved anyone else.

But I won’t marry him. Because for me, marriage is tainted by the religious notion of pre-defined gender roles and female inferiority. I know this isn’t true for everyone, but it’s certainly true for me.

“What did you do for your fifth anniversary?” my mother asked, yesterday morning.

My mother laughs. “That’s okay, darling. It hadn’t even crossed my mind. As long as you’re happy, then I’m happy too.”

And you know, I think these days, she really means it.

What does a healthy marriage look like to you?
Have your relationships been influenced by the way you were raised?

29 thoughts on “G is for Gender Roles • #atozchallenge”