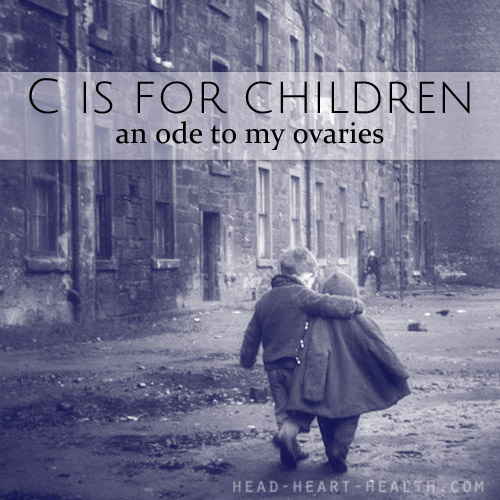 I am fifty years old and my ovaries are on their last legs. They manage to muster up enough effort to squeeze out a tired old egg every couple of months or so, but to be honest, we’ve reached the bottom of the barrel. Very soon there will be none left.

I could be accused of having wasted every single one. You see, I’ve never been pregnant — not even close. Those rumours in my twenties that I’d had an abortion weren’t true (I told you so, Mum). Even though I was far from careful in those days, I managed to avoid an unwanted pregnancy.

When I was first married at twenty-nine, the plan to have children was pinned to some date in the future. Thirty-five perhaps. But thirty-five, and then forty came and went and I still didn’t feel ready to have children.

My husband wasn’t keen either. “I hate the little shits,” he said.

I wouldn’t have been a good mother anyway. I was too selfish, too self-absorbed, too mean and too impatient. At least that’s what my husband told me. And as the years rolled on, I started to believe him.

In hindsight, I think I knew my husband wouldn’t be a very good father. Perhaps I realised on some level that I didn’t love him enough to become a parent with him. Whatever the reason, I’m glad I didn’t have to try to explain to my children why their father chose to end his own life, and be left worrying that they might fall prey to the same mental illness.

My boyfriend has three children who were six, ten and twelve when we first met. When they came to stay on the weekends, I discovered I might not have been a bad mother after all. They are older now and live in another country with their mother. I miss them. I wish I could see them more often.

I wish I could have had children with my boyfriend but it’s all too late. I like to imagine that in another life-time we had loads of children together and this time around we chose to just have each other.

I don’t have any nieces or nephews, but I do have thirteen high school kids I get to teach once a week. They are smart, funny, cheeky and exhausting. I love being part of their lives. I hope one day when they are older, they’ll remember being part of the school musical stage crew with Miss Paul.

I know there are women who desperately want children they can’t have and I feel for them. My own experience in no way diminishes their anguish. My own mother had several miscarriages before my parents adopted me. I can’t imagine that kind of pain.

So as my ovaries take their final bow, I have no regrets. Life doesn’t always end up the way you imagine it will. And that’s okay. Perhaps it’s more than okay.

57 thoughts on “C is for Children • #atozchallenge”