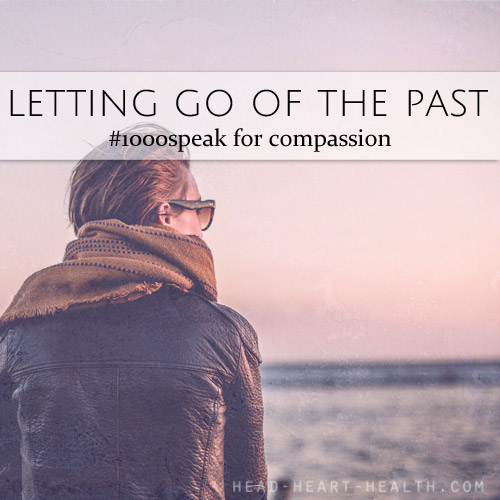 When my husband took his own life, he took part of mine with him. I was angry at him for a long time. In one moment he completely transformed the way I saw the world. I could no longer think clearly, believe in a benevolent Universe, or trust in my ability to understand people. He shattered my life into jagged splinters and I had no say in the matter.

I struggled for a long time to forgive him. He hurt me more than I’ve ever been hurt before inflicting a wound that is still tender and painful. Intellectually I know that his suffering and illness contorted his view of the world, and he probably didn’t even think about what would happen to me, but in my heart I felt betrayed and abused.

How do you forgive an abuser?

When we forgive evil we do not excuse it, we do not tolerate it, we do not smother it. We look the evil full in the face, call it what it is, let its horror shock and stun and enrage us, and only then do we forgive it.
~ Lewis B Smedes

The only way to forgive is to transition from identifying with the body to identifying with the part of ourselves that is more than our body — our spirit, our soul, our consciousness. In this realm, lovelessness cannot touch me. I am no longer part of the drama or the story of that painful event. That event is not the reality of my deepest self, and it is not even the reality of the deepest self of that person who hurt me.

I am here. I live. I will not give [my abuser] one more day.

It happened, nothing will change that, but I am 100% responsible for whether or not I continue in that story.

In a way, forgiving is only for the brave. It is for those people who are willing to confront their pain, accept themselves as permanently changed, and make difficult choices. Forgivers, on the other hand, are not content to be stuck in a quagmire. They reject the possibility that the rest of their lives will be determined by the unjust and injurious acts of another person.
~ Gordon Dalbey

What story do you play over and over in your head, each time feeling the pain as keenly as the day it happened? Are you stuck in someone else’s nightmare?

Not to forgive is to be imprisoned by the past, by old grievances that do not permit life to proceed with new business. Not to forgive is to yield oneself to another’s control…to be locked into a sequence of act and response, of outrage and revenge, tit for tat, escalating always.

The present is endlessly overwhelmed and devoured by the past. Forgiveness frees the forgiver. It extracts the forgiver from someone else’s nightmare.
~ Carol Luebering

It’s time to forgive. Forgive others and forgive yourself. You are not saying what they/you did was right or acceptable, you are saying that you are letting the past go and closing the door on the power that situation holds over you.

Forgiveness helps you remember who you were before this happened and who you will be when you’ve healed. Forgiveness is the present, it is not giving your future over to the past. Forgiveness is simply deciding today is a new beginning free of the grievances of old wounds.

I forgive him, and I forgive myself.

Is it harder to forgive others, or to forgive yourself? What is your most difficult experience with forgiveness?

This post is was originally published in 2011 and has been revived as part of #1000Speak for Compassion movement for 20th March, 2015. Please add your own compassion post to the link below, and read and share others.