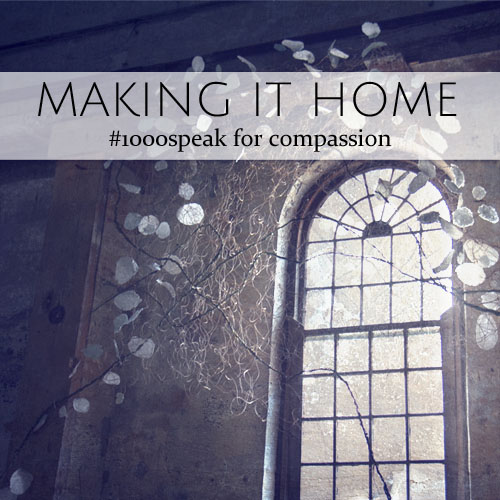 My friend Jill stood in line at the checkout. Through the store speakers, strains of I’m Dreaming of a White Christmas floated down to mingle with the chatter of the customers. Jill smiled to herself, it had been a long time since she’d had a white Christmas, and she wasn’t expecting one this year. Sydney was in the middle of a hot summer, with high temperatures predicted for Christmas day.

As she moved closer to the front of the queue, her phone beeped in her handbag. The screen flashed up her husband name.

She frowned, confused by the message. Her husband Mike had recently started a new job in the Westpac building in Martin Place. Why would the building be in lockdown? Was Mike in some kind of danger?

‘What’s going on?’ she texted back.

Jill looked at the woman standing next to her. ‘Excuse me,’ said Jill, ‘have you heard about a siege in the city?’

The woman clutched at her old leather handbag and leaned forward, her voice a loud whisper.

‘It’s the Muslims, you know,’ she hissed. ‘Some bearded terrorists have innocent Australians locked up in the Lindt Café. Apparently they’ve got bombs planted all over the city. We should never let them into the country in the first place.’

A man behind Jill cleared his throat. ‘No-one’s sure what’s going on right now,’ he said. ‘The police haven’t issued a statement yet.’

‘My husband works right next to the café. I hope he’s okay,’ said Jill, her voice catching in her throat.

As she spoke, the queue moved forward and Jill found herself at the front of the line. She placed the three books she was buying for Ben, Carmel and Justine on the counter. She wondered if they would ever see their father again. She looked up to see a woman behind the till wearing a hijab, her dark eyes large and sad. As Jill made eye contact with the woman, the woman began to cry.

Jill leaned across and grabbed the woman’s hand.

‘It’s not your fault,’ said Jill. ‘It’s got nothing to do with you. I’m the one that is sorry – sorry that you have to go through this blame and derision when you’ve done nothing wrong. It must be so difficult for you and your family.’

The woman wiped the tears from her cheek with the back of her hand. ‘I hope everyone stays safe.’

On 15–16 December 2014, a lone gunman, Man Haron Monis, held hostage ten customers and eight employees of a Lindt chocolate café located at Martin Place in Sydney, Australia. Police treated the event as a terrorist attack, and negotiated with Monis throughout the day.
After a 16-hour standoff, during which areas of the Sydney central business district surrounding the site were cordoned off and nearby buildings locked down, police officers from the Tactical Operations Unit stormed the café upon hearing gunshots from inside. At least one hostage was shot by Monis, who himself was shot dead after police entered in response. Hostages Katrina Dawson and Tori Johnson died, while three other hostages and a police officer were injured during the police raid. ~ Wikipedia

Jill’s husband, Mike, made it home safe and sound.

So did the woman at the checkout because people like Jill chose compassion and love.

Click to add your link and to view more #1000speak posts.