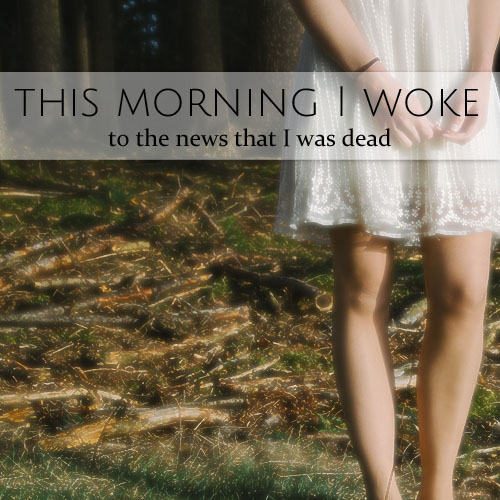 This morning I woke to the news that I was dead. But unless I had somehow become Susie Salmon in Lovely Bones, narrating the story of my death from the afterlife, it wasn’t me. It was someone else who shared my name.

The other Katie Paul was only twenty-two. She lived in Swartz Creek, Michigan. Her friends and family are devastated that she is gone. My heart goes out to them.

This morning, when my boyfriend suggested I join him and his kids for an off-road adventure, taking the Jeep along the fire trails of Meryla State Forest, I declined. The idea of spending hours cooped up in a car with Miss Ten who doesn’t stop talking and who has an unbroken record of vomiting on car rides, left me cold. Cold as a body in the ground.

No, I didn’t say that. Instead, I confessed my cold-hearted, selfish desire to have a day alone. I reminded him I was an introvert and a woman without maternal instincts. He nodded his head. When he said he understood, I believed him.

This morning I woke to the news that I was dead and resolved once again to live every day as though it were my last. I chose this potentially last day of my life to be one filled with solitude, reflection and peace.

And when my time comes to die, I want someone’s Twitter feed to look exactly like this. 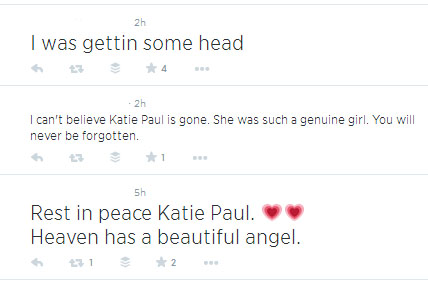 Sex and death … seizing life by the throat when death brushes against us.

This morning I woke to the news that I was dead, and I was happy that for today at least, it wasn’t true.

Has someone who shared your name passed away?
How did it (or would it) make you feel?